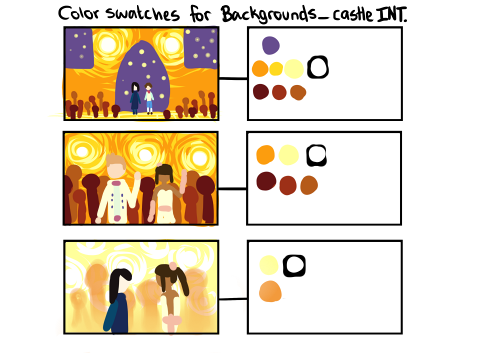 Fixed up the colors that was supposed to go on the interior of the castle. Looking back at the old thing now I am kind of glad I never got to finish it the first time around. Someone should seriously have stopped me from using the colors I picked out back then. I know I was thinking of making the purple contrast against the orange, but I have still no idea why on earth I picked the green. It looks like I tried to make seaweed stew or something. Next time I do something like that I'd like someone to stop me. 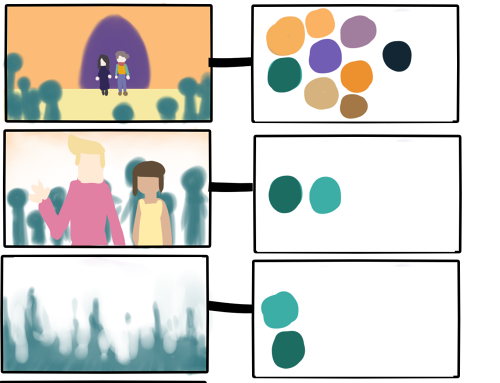 Posted by Elisabeth Haukås at 17:40 No comments:

Ahahahaha....Haven't touched this film since June. Might be a good thing. After all, now that time have passed and I have all the time in the world I realized that one section I didn't have time to have fun with is all mine to play around with as I please.

Next section to animate is the castle scene, and now that I had a second look....I don't like the old costumes so I redid them. Background colors will be the next on my overhaul list for this section. (aka. what was I thinking and why did no one stop me.) 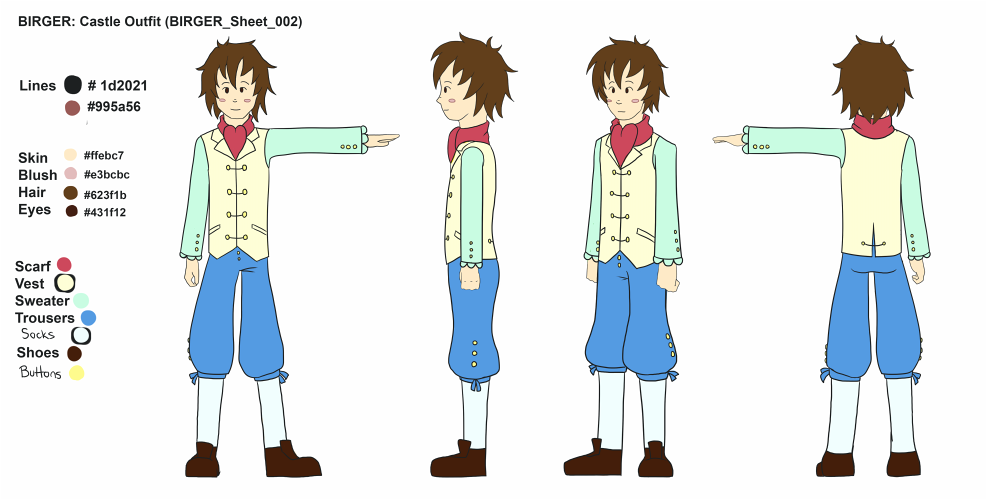 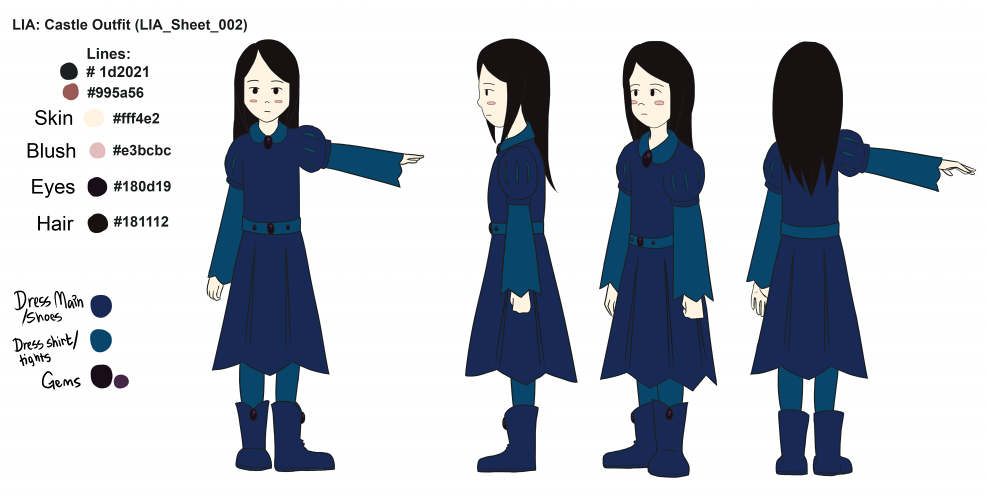 And on another note:
It looks like if I want any music done for this I will have to get my own piano and magically become the master of sound. Or I will just wait until the film is over and done with completely before bothering with any kind of music at all.
Posted by Elisabeth Haukås at 22:58 No comments:

Round number brings on a long overdue rant and overall negative complaints....

I am really not sure if it is me not being clear, but I keep finding that I have to tell the people doing the cleanup that the lines are in fact, not black, they are dark grey. And the line color for the cheeks are the red one underneath the black one found underneath the label "lines".

I am amazed how everyone tends to ignore my reference sheets. I have gotten to the point where there is only one other team member besides me that I allow to do rough animation because I have enough to do keeping track of the people doing cleanup and color, I don't need the added work of telling people that they need to have the character being a consistent size, Lia's jacket is very long so you can't really see her legs much and other obvious things you can find out by looking at the reference sheet.

I did take the time to make a little tutorial on how to make tv paint for the people that are working with me so that they can go through the basic things if they forget what I told them the first time. It was only for the cleanup, but since the coloring works the same for the most part except the tools used, I figured I could just re-direct people to it. I might have to do a color one next since that is what I will have for people to do next.

The project seem to be lagging a bit behind on the production part.
Both because the main chunk of my team members are swamped with work as they are in the year below me, and because I spent the easter holidays being fed up with the project to the point that if someone mentioned it I would simply try not to talk about it. It's ridiculous that I'd have to spend so long to re-charge my drive, but then again it is not surprising considering I am not a fan of doing more than one job at a time - and in this production I have done every single role there is except playing instruments and finding the sound effects.
Posted by Elisabeth Haukås at 23:44 No comments:


Just having some fun with a voice clip from my friend I found on my computer. I don't know if I should aim this to get finished at any point or whatnot - at least not with my major project going on. Though it would be fun though if I could have a little part of it done. 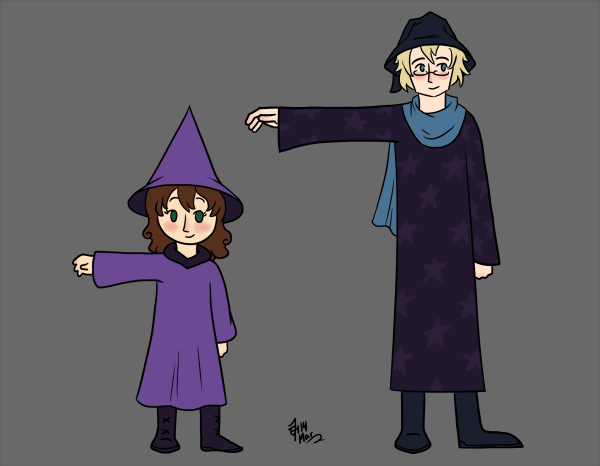 Not sure if I should bother with a pattern on the guy. It looks okey when he's just standing around but I'm not really wanting to animate patterns, and I can't stand cheating by having the pattern on a layer which is static under the animation. Also it might be needed at all in an animation where he's moving around anyway. He just looked a bit boring all flat colored.
Posted by Elisabeth Haukås at 23:09 No comments:


A long overdue teaser clip from the animation. Still a couple of things that needs to be done, the background was too saturated when put together with the animation, I will be dealing with that later on when I am not doing all the keyframes on everything else. I think this will be the last teaser that is put out in public before the film is done. Wouldn't want to spoil it all - though the entire animatic is available it's not the same as seeing the finished thing.

In other news I have gotten in touch with a music student who is doing a track for this film, he's already come up with some nice stuff. Admittedly it's really hard for me to let go of the track I have - but really, I don't have permission to use it and it is going to quickly for the animation so I have to do that.
Posted by Elisabeth Haukås at 16:48 No comments:

Revisited the animatic as I got some feedback saying that some parts were a bit off.

Another tutor made me change the colors so that they all went along with one another, as well as making new costumes for the castle scene so it would look more like a party. I didn't want to confuse people by changing the outfits around too much, so I decided to not change the colors and overall shapes of them, also unfortunate as it is I do not have the luxury of spending a long time on doing pre production and play with things in a grand fashion unless I plan to kill off my animators during this production. I know they could be capable of animating something more complicated but we simply do not have the time to play as much as I'd like.

I managed to re color all the sheets I previously had as well as making a new one that is for the marry go round horses because I realized that I didn't have one.
Posted by Elisabeth Haukås at 15:29 No comments:

I decided to take a day away from the studio to do work, I find that I need a balance between being in and not being in. I simply can't be in constantly unless I plan to go insane.

I did inbetween animation and a background for Crocodile tears. It was supposed to have trees in it, but he said he didn't like it, although I think I might try to do another version with trees and not make them black, use colors instead, like the buildings - because to me it looks too empty, and especially when they are supposed to be in a park and the previous scene has tonnes of trees in it. 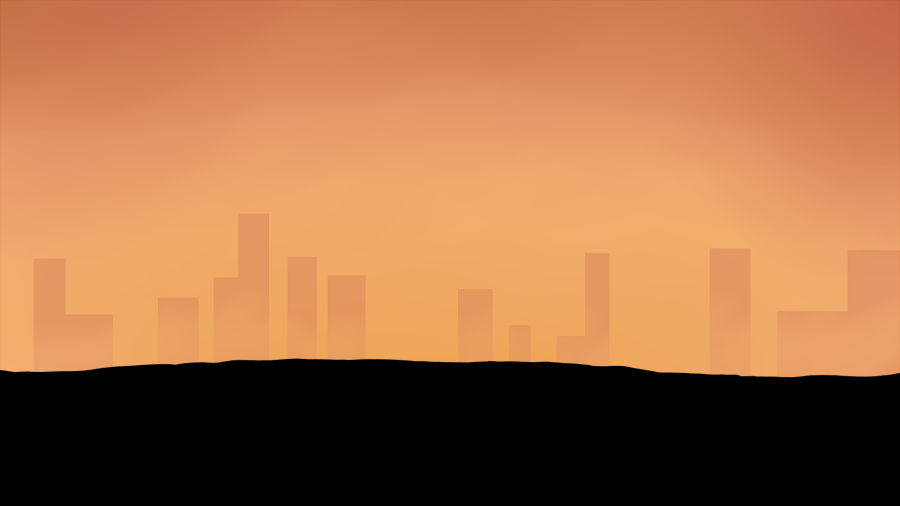 Then I tackled my own project. I didn't like my previous color key page so I made a new one which I like much better. Also I traced the 3D models Conner gave me so that I have a 2D reference people can work from on the props. I got the scooter and the umbrella, still need to do the broken umbrella, but for that I need to speak a bit with Conner again and ask him to tweak the 3D model and I need to check on the person that is supposed to design the water dragon since I am still missing that character - I'll also need a reference sheet for Roy, the boy at the end. 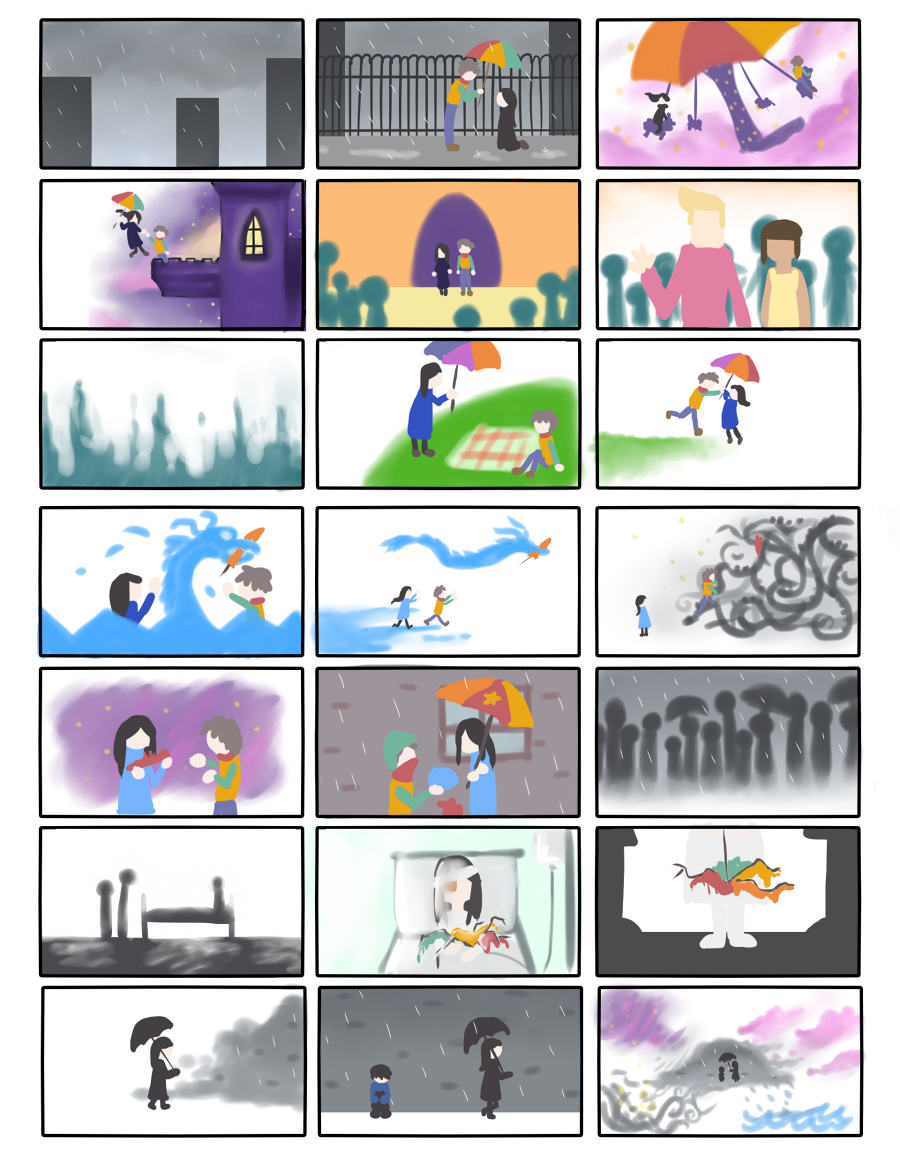 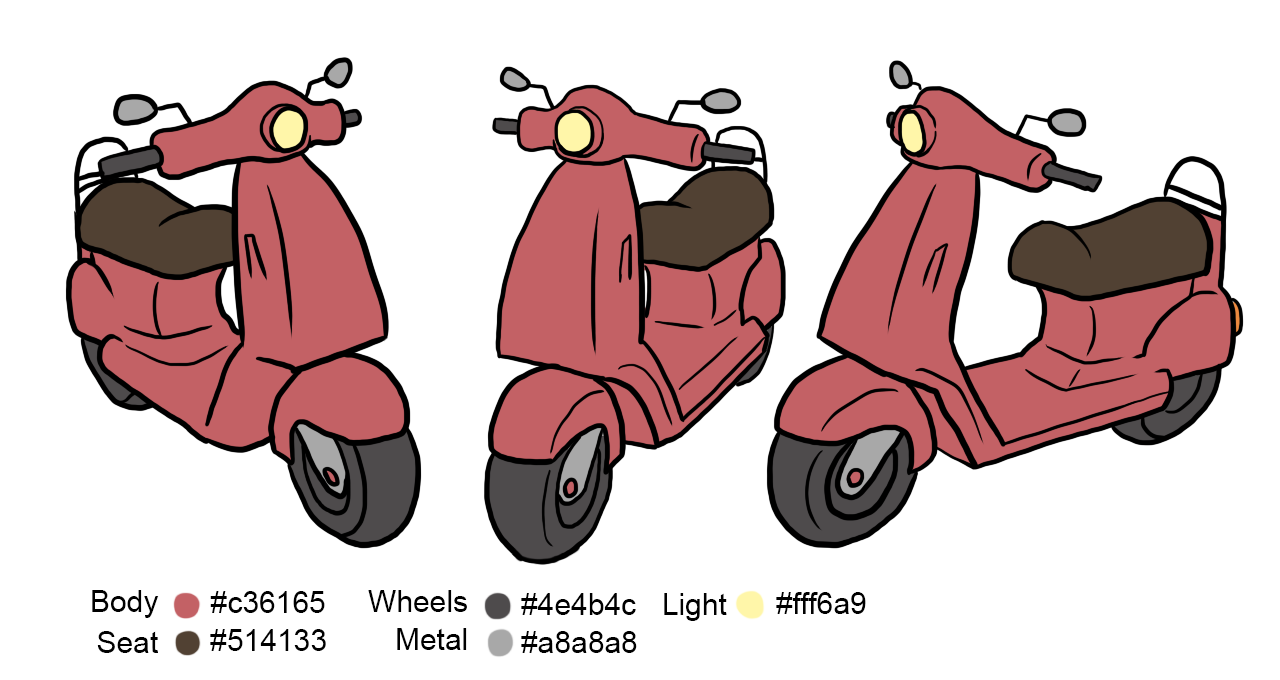 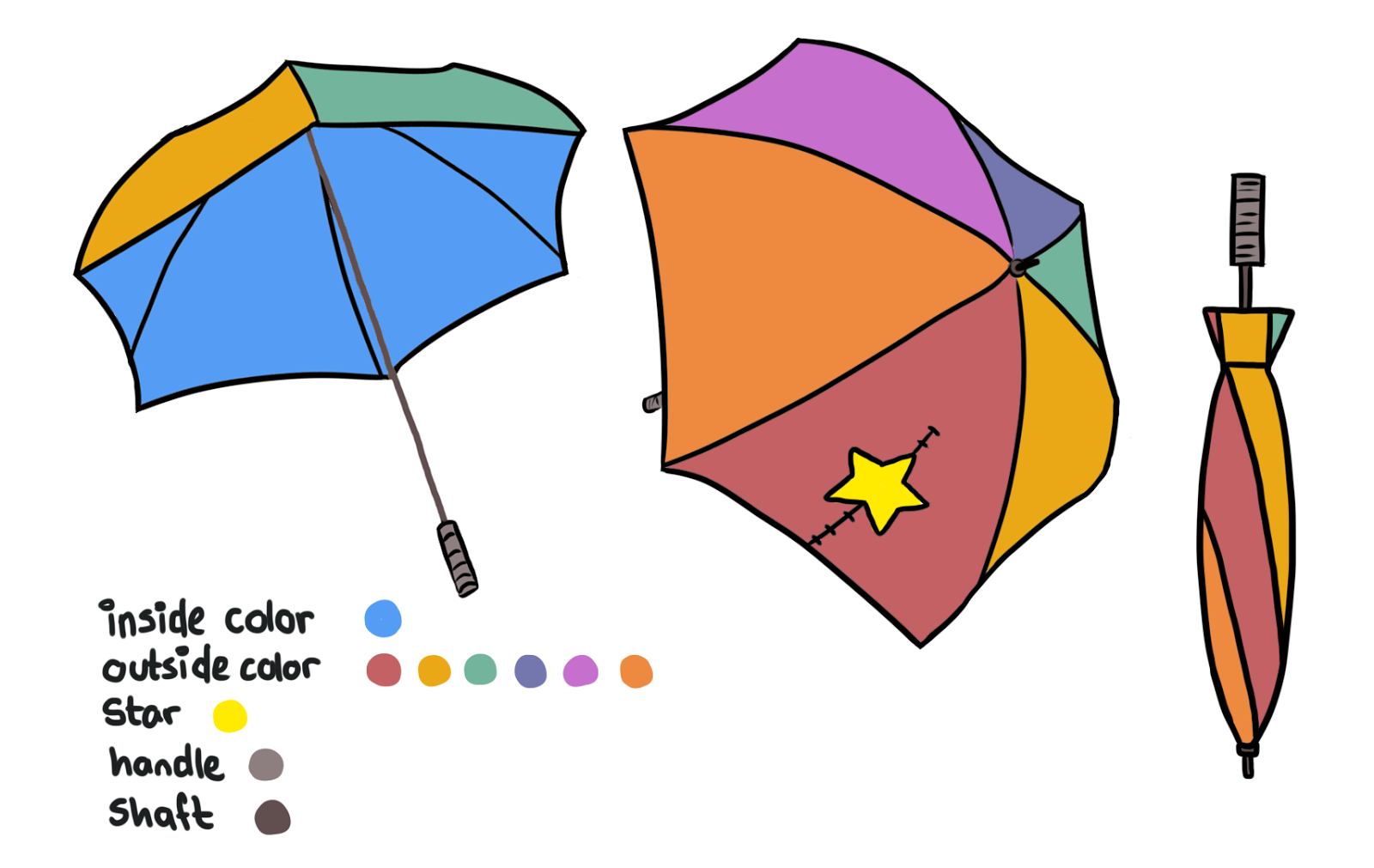 Posted by Elisabeth Haukås at 20:47 No comments:

Random doodles and rambling about life